Clonlee Staff Nurse Frances took part again this year in the Big Santa Splash in Portrush along with her sister and two friends. This has been their 5th year to take part in this event which is a charity fund raiser and this year it was for Children’s Cancer Fund.
Frances said she really looks forward to this event every year and was delighted that there was lots more support. Over the past 10 years the event has grown bigger and better. the sun was shinning bright and no one would have thought it was the 13th December!

So after the horn was blown it was every man and woman for themselves –  some dressed like Santa and some with very little on!  I’m cold just thinking about it – great fun for all and all for charity.

Afterwards it was of to 55 Degree North to enjoy a well earned meal – well done Frances – you’re a brave woman ! 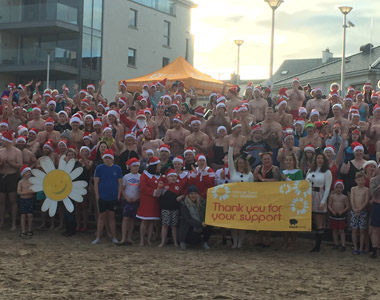 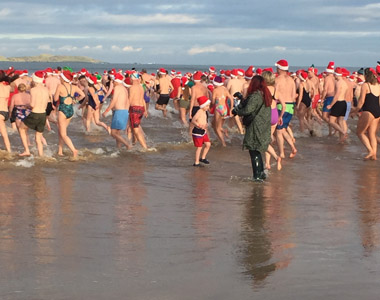 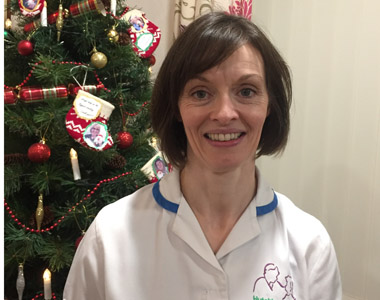